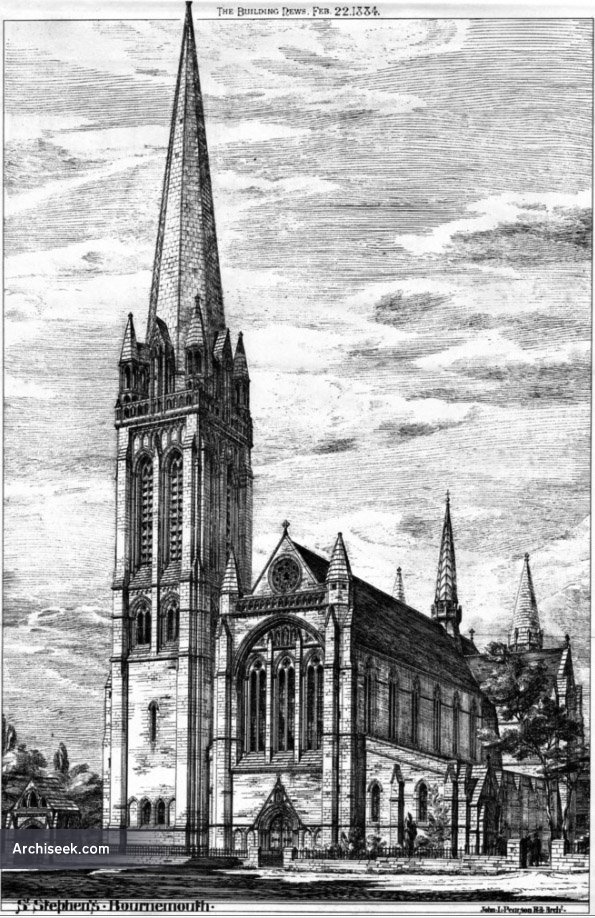 Published in The Building News, February 22nd 1884. John Loughborough Pearson’s design for the second St Stephen’s Church. The nave was erected between 1881 and 1883, and the chancel between 1896 and 1897. The spire was not added, due to the stability of the soil underneath which was feared wouldnt be able to support the weight.