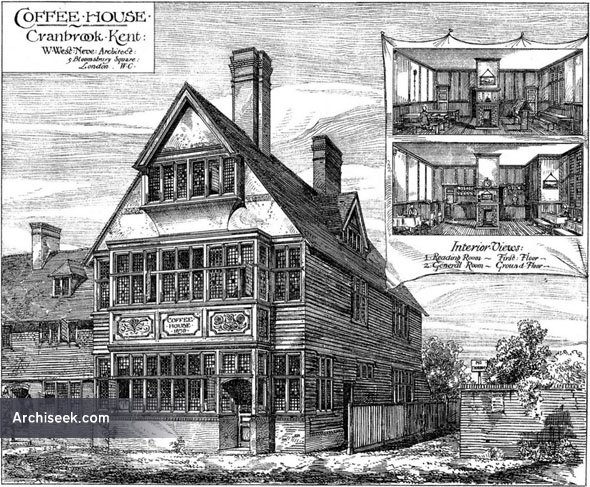 Perspective view including interior views published in The Building News, May 7th 1880. But in the 1880s the temperance movement tried to revive the coffee house scene in an attempt to divert the working man from the perils of drink. Modeled on the mahogany-trimmed taverns promoted by the beer industry, ‘Coffee taverns,’ one pamphlet stated, ‘must show there are beverages as comforting as beer, that there are beverages to be bought as cheap as beer.’