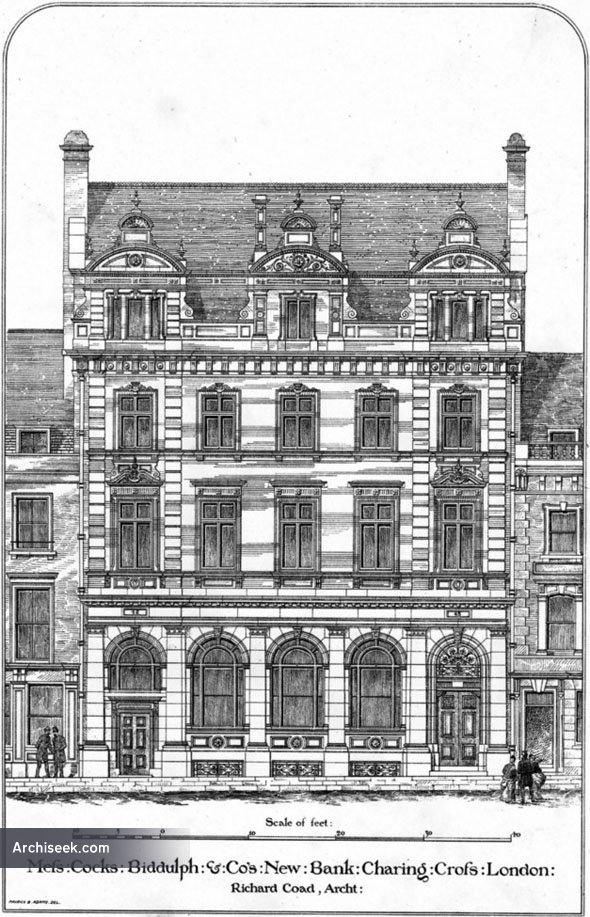 Front elevation published in The Building News, February 27th 1874. Cocks Biddulph & Company was acquired by the Bank of Liverpool and Martins in 1919, when the pattern of banking was changing. Martins Bank later became part of Barclays in 1968. This building is now a wine bar.