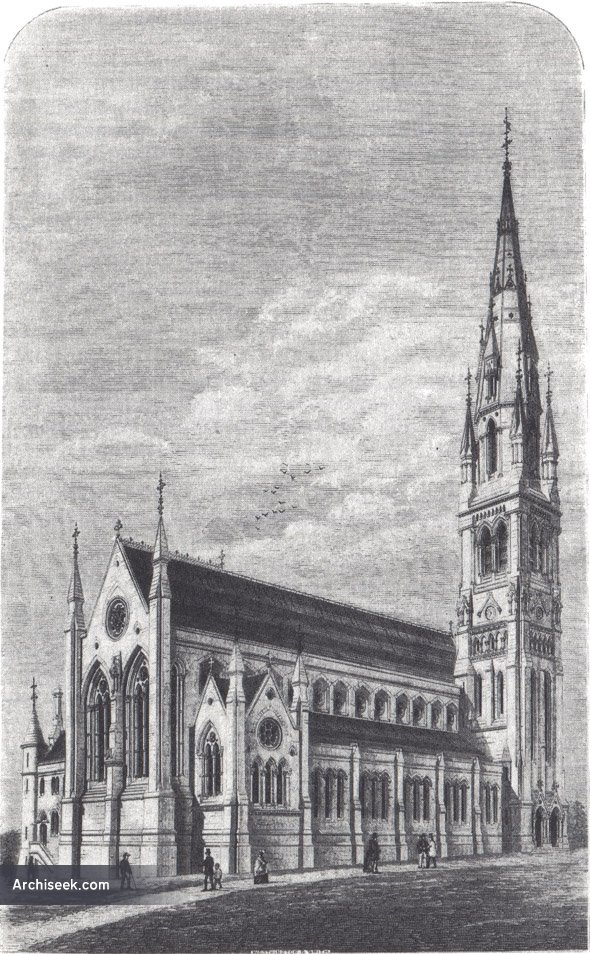 Originally published in the journal The Builder, 4 March 1871. Illustration of building as planned by McCarthy. The builder was Thomas Byrne, Belfast and the cost excluding the tower, spire and furnishings was £7,720. The work began in 1867 and the church was dedicated and opened on Trinity Sunday 11th June 1876. The tower and spire cost £2,880 and were built by Patrick Hurson, Edendork, and was completed in 1883.