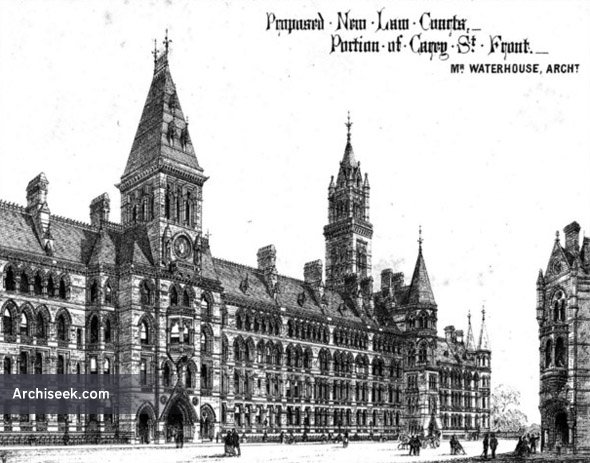 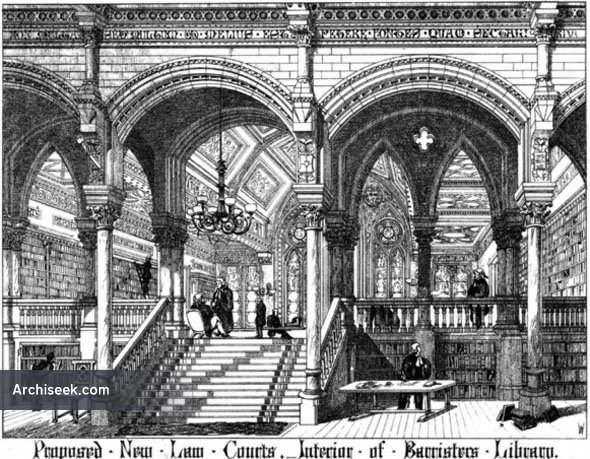 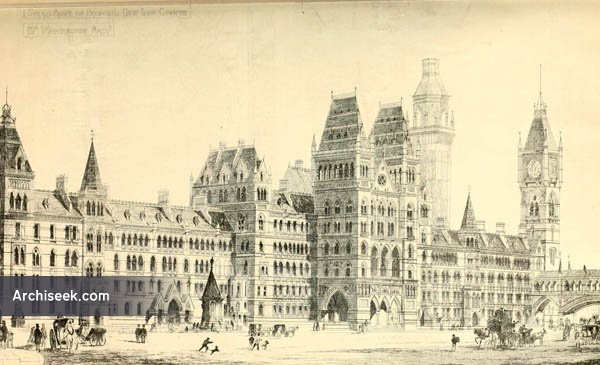 When the public exhibition of designs submitted to the designated competition of the Royal Courts of Justice opened in February 1867, the interest of most observers must have been in the question of style, for the eleven renowned architects who had been invited to compete – Henry R. Abraham, Edward Middleton Barry, Raphael Brandon, William Burges, Thomas N. Deane, Henry B. Garling, Henry F. Lockwood, John P. Seddon, George Gilbert Scott, George Edmund Street, and Alfred Waterhouse – all used the same style: Gothic.

The assumption that the new Law Courts would be Gothic must have been a given. Unlike the case of the competition held in the mid-1830s for rebuilding the new Houses of Parliament, in which the style of the buildings was to be, according to guidelines set by the Select Committee, “either Gothic or Elizabethan style”. All the designs, with the exception of the one submitted by Thomas N. Deane, attempted to convey a dignified grandeur which synthesized Gothic irregularity with stately classical order. Front Perspective & Interior of Barristers Library published in The Building News, April 18th 1867.