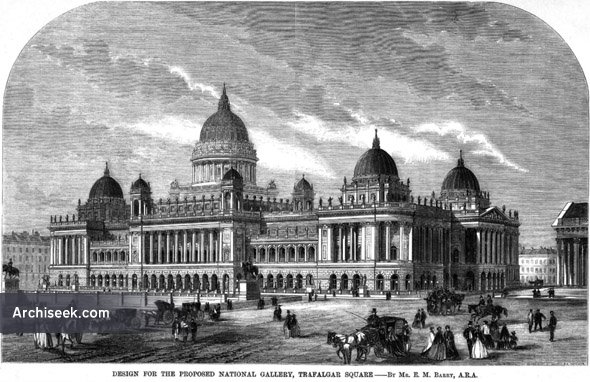 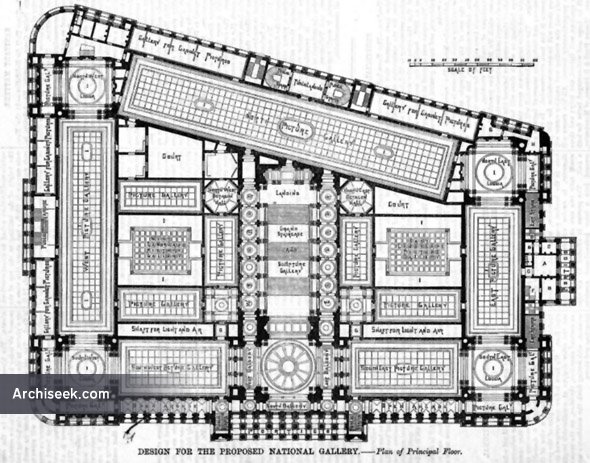 In 1867 Edward Middleton Barry proposed to replace the National Gallery building by William Wilkins with a massive classical building with four domes. The scheme was a failure and contemporary critics denounced the exterior as “a strong plagiarism upon St Paul’s Cathedral”. Instead he got to design the Gallery’s first sequence of grand architectural spaces, from 1872 to 1876. Built to a polychrome Neo-Renaissance design, the Barry Rooms were arranged on a Greek cross-plan around a huge central octagon. Published in The Builder, August 25th 1867.