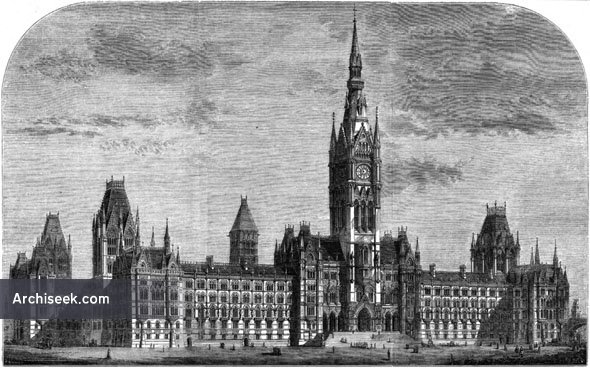 One of the eleven renowned architects who had been invited to compete – Henry R. Abraham, Edward Middleton Barry, Raphael Brandon, William Burges, Thomas N. Deane, Henry B. Garling, Henry F. Lockwood, John P. Seddon, George Gilbert Scott, George Edmund Street, and Alfred Waterhouse. All used the same style: Gothic. The assumption that the new Law Courts would be Gothic must have been a given. The building was eventually built and designed by Street. Front Perspective view in The Strand published in The Builder, March 23rd 1867.