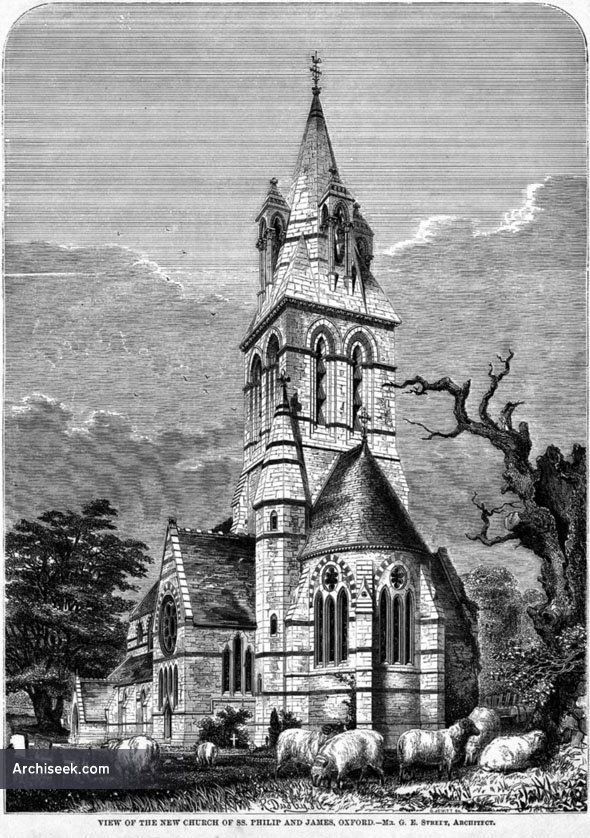 Construction began on May 1, 1860, with the laying of the foundation stone by Samuel Wilberforce, Bishop of Oxford. The church was designed by G.E. Street, the Diocesan architect, and built by Joseph Castle. The church was consecrated on Thursday, May 8, 1862. Due to declining church attendance in the 20th century, the parish of St Philip and St James joined with the parish of St Margaret in 1976; the Church of St Philip and St James was finally declared redundant in 1982. Today, the church houses the Oxford Centre for Mission Studies, a university department for Christian scholars and missionaries, but the interior retains all the original church furnishings.

The south transept houses the Mary Chapel, which is separated from the Chancel by a carved oak screen. The altar and fittings were provided by members of the congregation named Mary. On the north side of the nave is the little Advent Chapel (1905), which is used for memorial services. The reredos dates from 1862 and was designed by the architect G.E. Street. Originally it consisted of three panels, with figures of St. Philip and St. James on the side panels and Christ in Gethsemane with two sleeping disciples in the middle. It was considerably altered in 188.