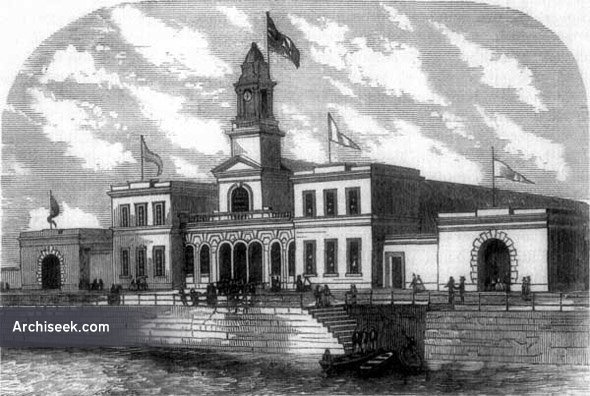 The National Exhibition was housed in a cruciform building, with four ‘transepts’, specially designed and erected at the Corn Exchange on Albert Quay, the site of the present City Hall. Three of the four transepts were given over to the display of, amongst other things, whiskey, ale, porter, pearl barley, ‘Norton’s Projectile Shells’, hydraulic presses, Valentia slate, stuffed birds, wax flowers and Cork Ginghams. Most of the major Cork businesses and manufactories participated.