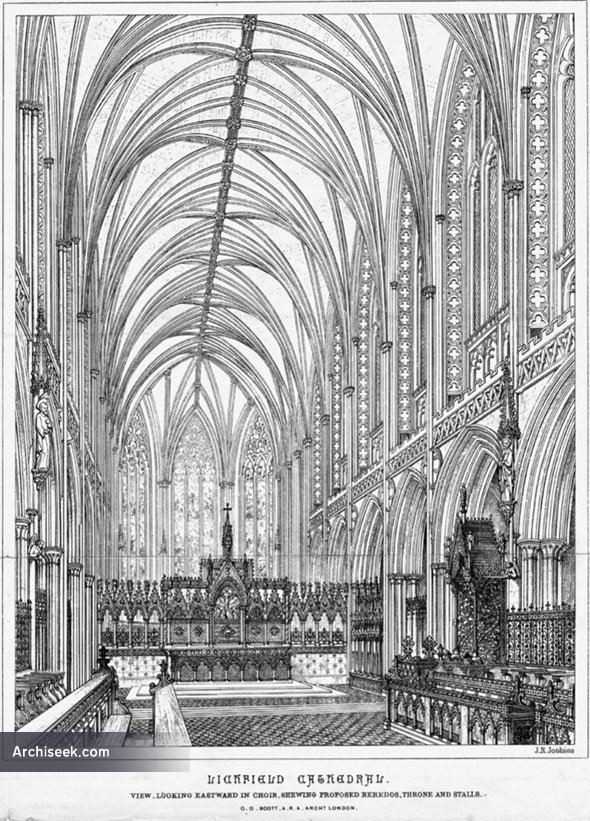 Interior perspective view looking east and west showing proposed reredos, screen, throne and stalls. During the Victorian era, the ornate west front of Lichfield Cathedral was extensively renovated by Sir George Gilbert Scott. It includes a remarkable number of ornate carved figures of kings, queens and saints, working with original materials where possible and creating fine new imitations and additions when the originals were not available. Between 1855 – 1878, he restored the Cathedral to the form he believed it took in the Middle Ages. It is recognised as some of his finest work. Scott used medieval stonework to create the clergy’s seats in the sanctuary. The new metal screen by Francis Skidmore and John Birnie Philip to designs by Scott are regarded as a triumph of High Victorian art, as are the fine Minton tiles in the choir, inspired by the medieval ones found in the Choir foundations and still seen in the Library.