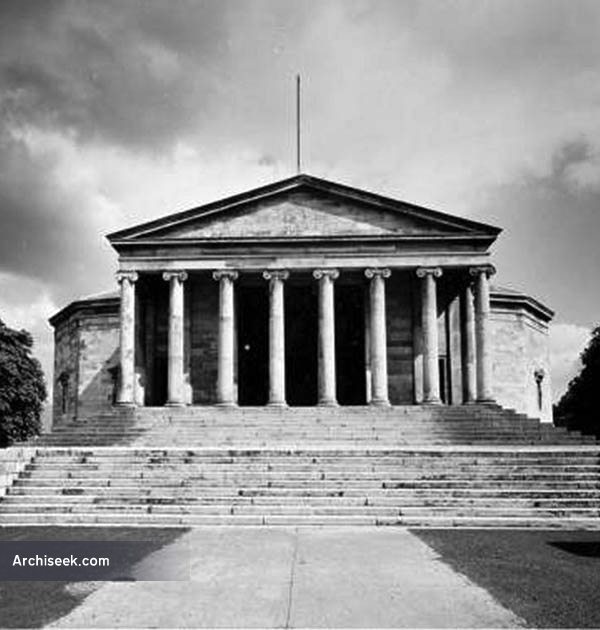 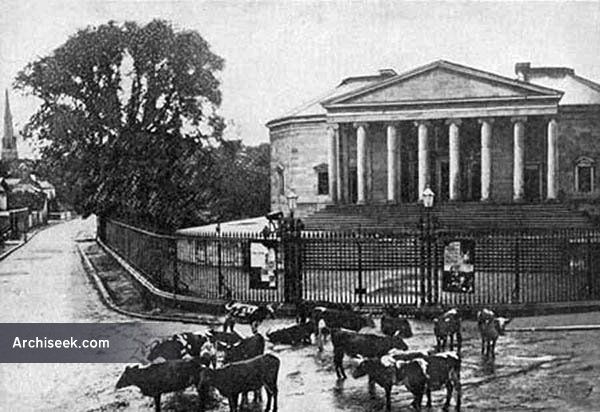 Carlow Courthouse was designed by William Vitruvius Morrison in 1830,completed in 1834, and is considered one of his finest works. It is built of Carlow granite and gives the impression of being a temple set on a high plinth. Similar to his work at Tralee, except with semi-octagonal ends to the courtrooms. It has a recessed doorway leading to a central vestibule off which the two courtrooms open. The basement contains cells. A cannon from the Crimean War stands on the steps.