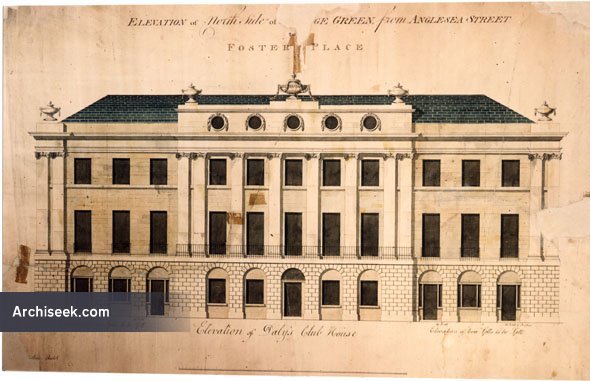 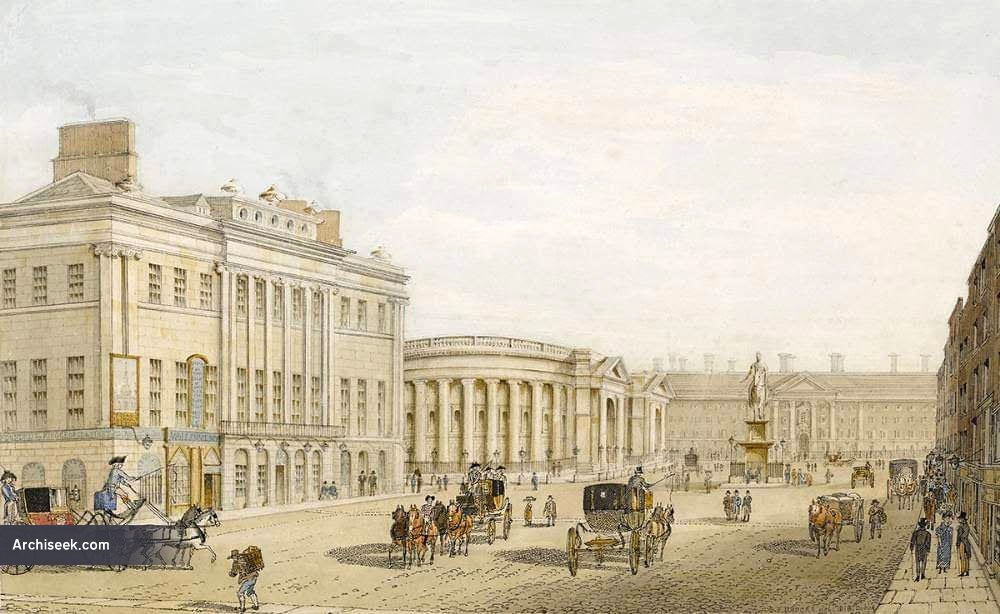 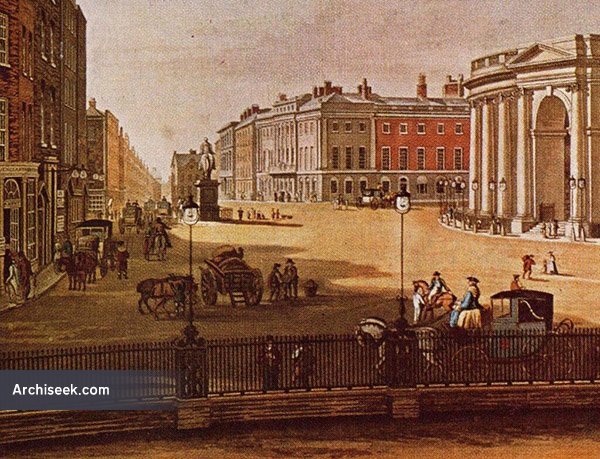 Elevation of Daly’s Club House, College Green, 1823 Wide Street Commission Map 445/2. Part of the facade still remains. Daly’s Club House, was a gentlemen’s club and a centre of social and political life between its opening in about 1750 and its end in 1823. In 1790 a number of members of Daly’s who were also members of the Irish Parliament paid for a new club house at number 3, College Green, close to the Irish Houses of Parliament.

The new premises, designed by Francis Johnston, stretched from Anglesey Street to Foster Place and were opened with a grand dinner on 16 February 1791. With marble chimneypieces, white and gold chairs and sofas covered with aurora silk, the new club house was superbly furnished.