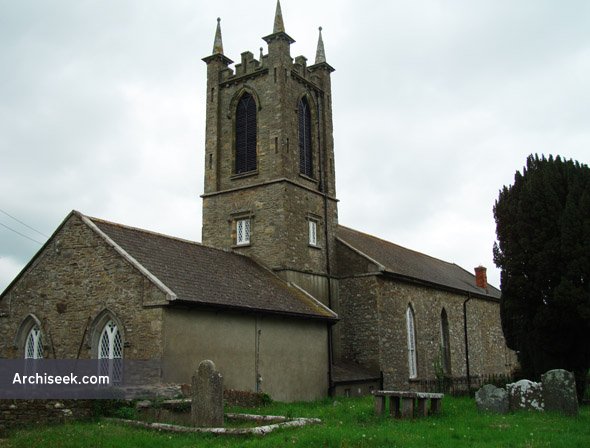 The original medieval cathedral was built by Bishop St. John in the 1230s. The building was burnt down in Elizabethan times and only a small portion of the ruins remain. Although Queen Elizabeth I of England ordered it rebuilt, only a section of the choir was restored. This was subsequently rebuilt again in 1815-17 with financial support from the Board of First Fruits. The interior was later “restored” in 1901-2 to a design by James Franklin Fuller but in reality was a near-total reconstruction, where timber fittings brought from Saint Canice’s Cathedral, Kilkenny. It has an impressive collection of stately wall monuments, including examples signed by John Smyth of Dublin.