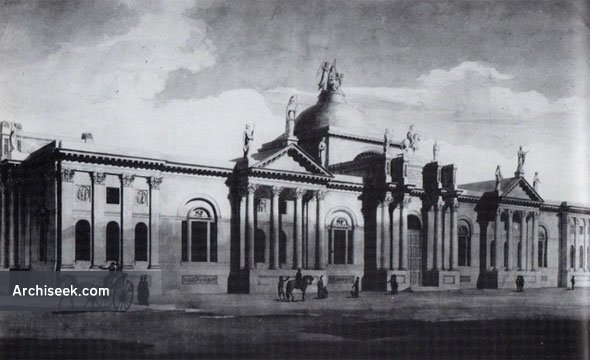 In 1799 Sir John Soane designed a bank headquarters for Bank of Ireland on a site bounded by College Street, Westmoreland Street and D’Olier Street, but after the Act of Union, the former parliament building across the street became available, and the plan was dropped.