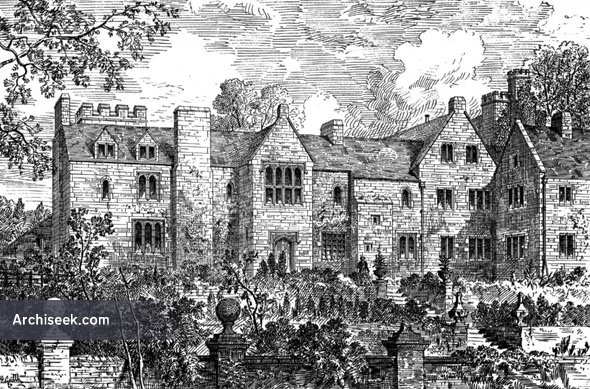 Cotehele House is a well preserved, and little altered, Tudor manor house in the east of Cornwall and on the banks of the River Tamar. Cotehele has a series of formal gardens near the house. Plus a richly planted valley garden, with a medieval dovecote and stewpond, a Victorian summerhouse and an 18th century tower with fine views

Cotehele was owned by the Edgcumbe family for nearly six centuries. It is one of the least altered medieval houses in the country, it contains original furniture, armour and a set of remarkable tapestries. There is more to Cotehele than just the house. The estate is criss crossed by miles of footpaths, riverside and woodland walks. There is a working watermill and industrial ruins in the Danescombe Valley

The present house was built between 1485 and 1539 during the reigns of Richard III, Henry VII and Henry VIII. Sir Richard Edgcumbe, was rewarded for his loyalty to Henry Tudor at the Battle of Bosworth (the battle was in 1485), started to completely remodel the original 13th century property. Following Richard Edgcumbe’s death 4 years later at Morlaix in Brittany, his son Sir Piers Edgcumbe (1472-1539) completed the new house. The local granite and slate used to build the house is particularly durable and this fact together with Sir Piers’ son, Richard, building a new family seat, Mount Edgcumbe in 1553, resulted in Cotehele being comparatively little altered over the years. The family moved to Mount Edgcumbe in the 17th century but they continued to own Cotehele until 1947 when it was accepted by the Treasury in payment of death duty and given to the National Trust. This was the first property in Britain to be acquired by Trust via the “in lieu of death duty” route.