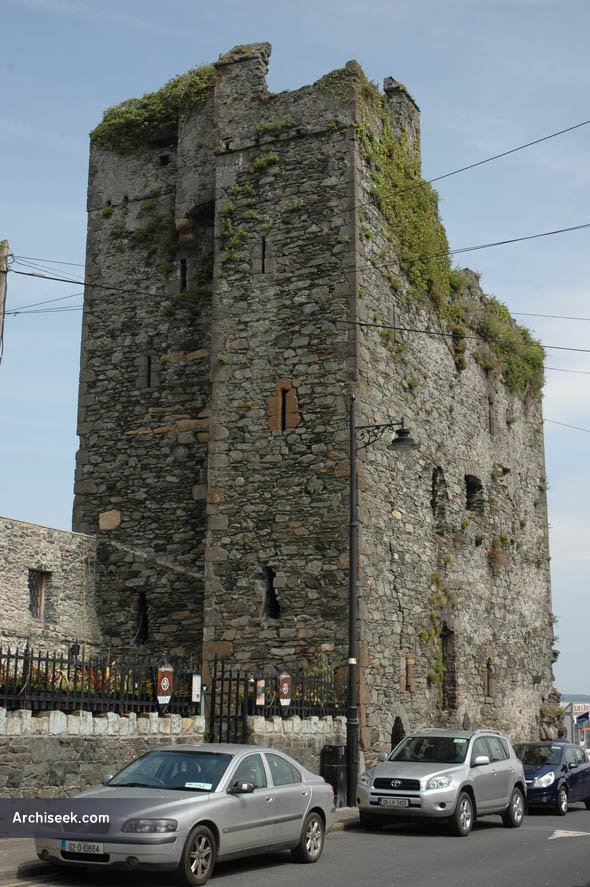 A sizable fortified town house that belonged to the rich mercantile Taaffe family who became Earls of Carlingford in 1661. It’s close proximity to the harbour would suggest that trade was conducted from here, perhaps on the ground floor with the upper floors reserved for residence. It construction suggests two phases of construction – the main tower built in the early 16th century while the extension to the side occurred later.