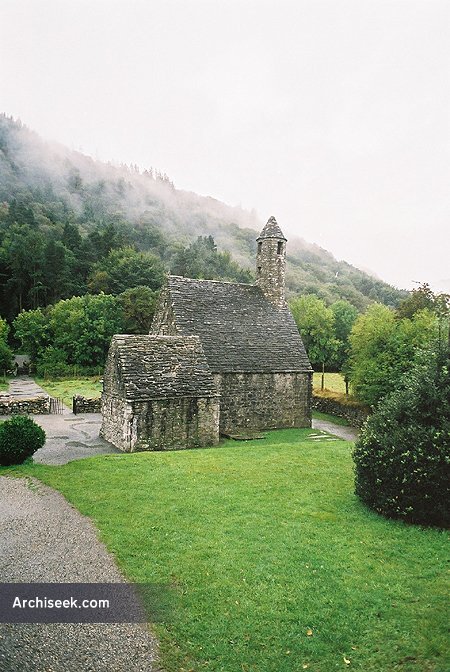 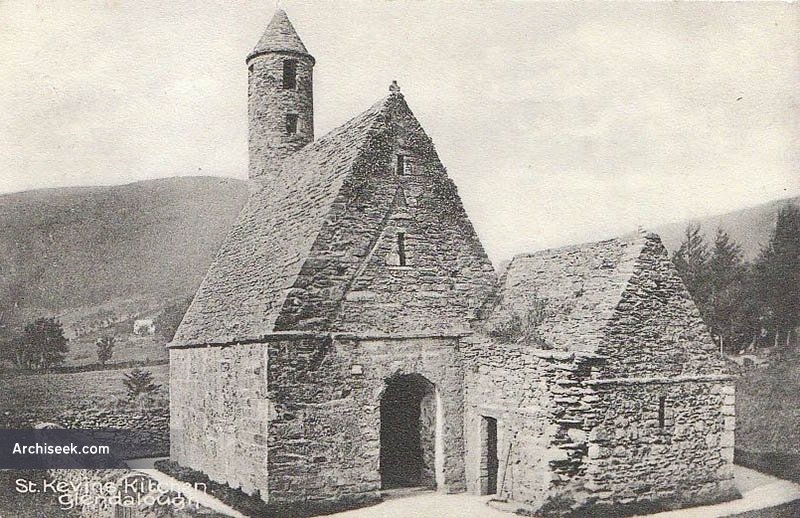 St. Kevin’s Church better known as St. Kevin’s Kitchen is a nave-and-chancel church of the 12th century. It has a small Round Tower above the west doorway. The roof is entirely of stone, and is prevented from sagging in the centre by the wall of a small chamber above the nave of the church. The Round Tower, which acted as a belfry, was added to the church after the original construction. Only the foundations now remain of the chancel, and beside it still stands the stone-roofed sacristy.