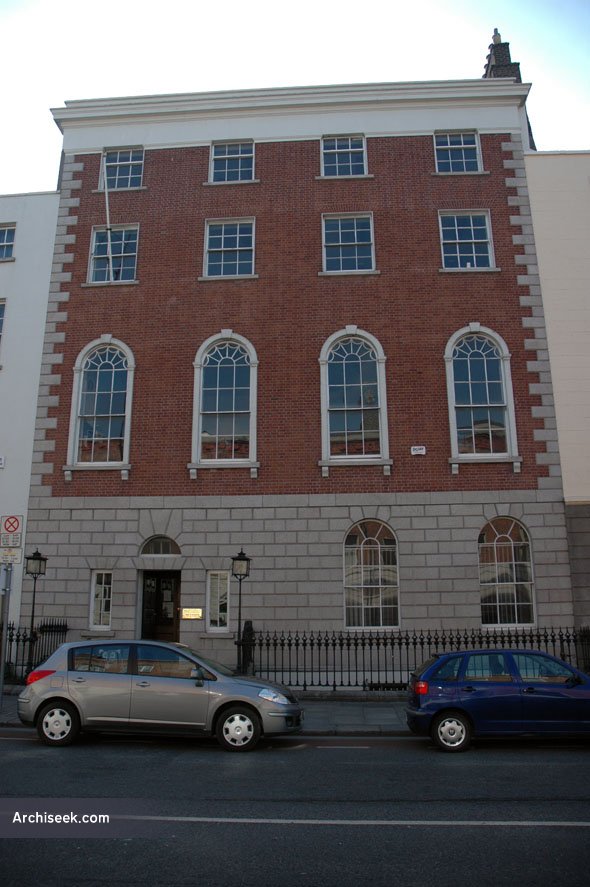 The home of the Royal Irish Academy of Music, this is a fine building with attractive round-headed windows on the first floor. In 1848 a number of musical enthusiasts in Dublin formed an association to found an Academy to “provide systematic instruction in instrumental music”. Among them were John Stanford, father of Sir Charles Villiers Stanford, RM Levey (the leading Dublin violinist of the time), the Rev Charles Graves and Joseph Robinson. The Academy held its first classes in the Ancient Concert Rooms in Pearse Street before moving to No 18 St Stephen’s Green. In 1871 the Academy moved to its present home at 36 Westland Row, acquiring the two neighboring houses of Nos 37 and 38 in 1911.

In 1880, William Kaye-Parry produced a design for a large concert ha;; behind the building. This was not proceeded with and in 1924, Frederick G. Hicks also produced designs for a concert hall attached to the building.