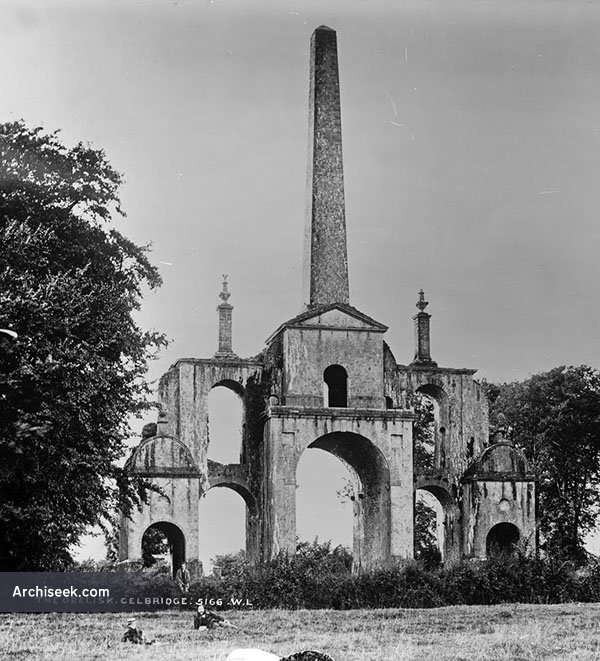 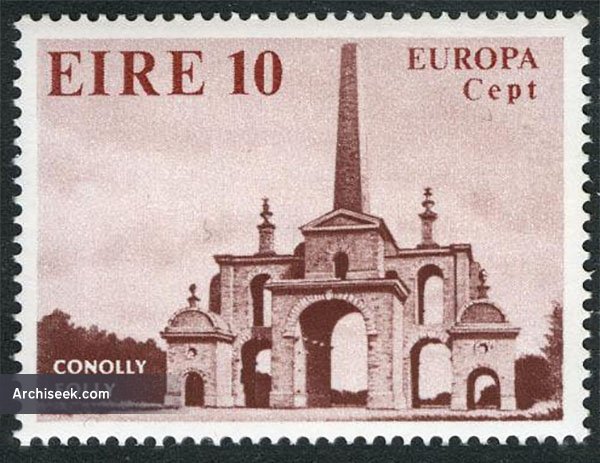 Designed by Richard Cassels, the obelish is 140 feet high and is composed of several arches, adorned by stone pineapples and eagles, topped by a massive obelisk pillar. Sometimes known as Conolly’s Folly.

It was commissioned by Katherine Conolly, widow of Speaker William Conolly, to provide employment for the poor of Celbridge when the famine of 1740-41 was at its worst. As a folly, it could be seen from the back of Castletown some 2.5 miles away. It was restored in 1965 by the Irish Georgian Society, and is used as their logo. Featured in a 1978 postage stamp.