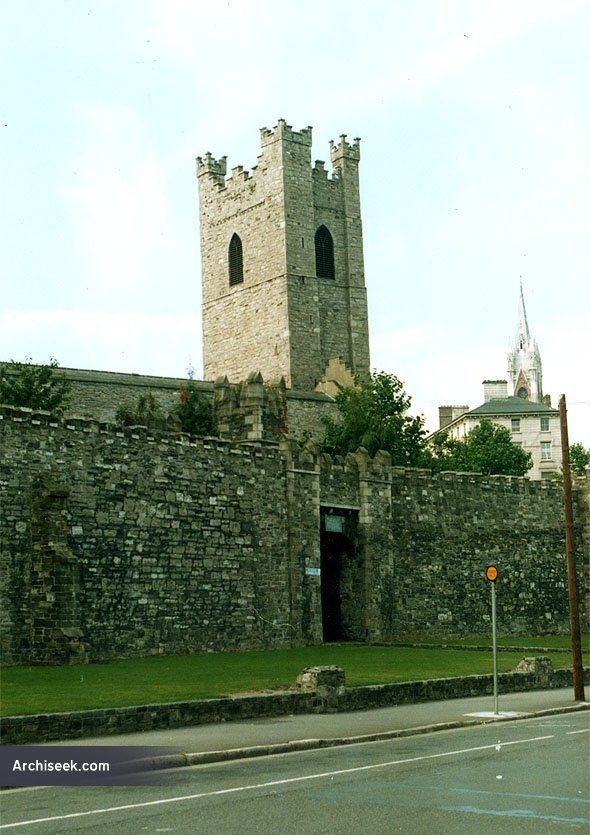 The two remaining stretches of the City Wall visible above ground can be seen at St Audoen’s Church and at the nearby Cornmarket although portions of the city wall, gates and towers have been uncovered during excavations for new buildings in the quay areas and Temple Bar in recent years. A building demolished in the early 1990s on Wellington Quay was found to have a very thick rear wall. It is now assumed that this was a portion of the original city wall and that the house was built up against it in the early 1700s. Excavation of the site later discovered the foundations of one of the towers on the wall. This area was the site of one of the original river crossings of the old city and gates and towers were erected for its protection.

The sole surviving city gate is visible at St Audoen’s. Known as St Audoen’s Gate this would have one of the main entrances into the medieval city. It was inserted through the Hiberno-Norse wall in the 13th century. Also illustrated here with the church from which it gets its name in the background. The gate leads up through a narrow alley around the sides of the church.