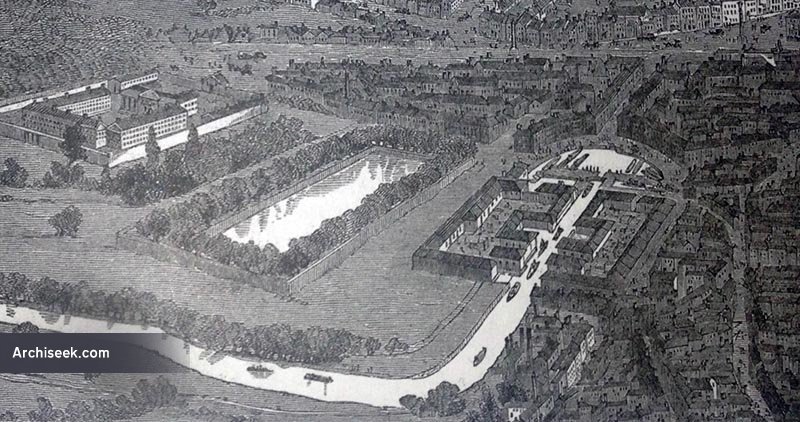 Before the completion of the Grand Canal Docks at Ringsend, this was considered the mainline of the canal. The canal’s use was threefold: to supply the city basin with a water supply; to allow Guinness to transport barrels of stout to the midlands via barge; and to supply the Guinness brewery with the water that it required for its brewing process.

The sole remaining building, designed by Christopher J. Mulvany, is from 1863 and curved with the outer edge being surrounded by streets and the inner part of the curve originally dropped to the water’s edge. This curved building in a poor state of repair, and the harbour has been filled in after the closure of this part of the canal in 1974. At Inchicore can be seen the path of the original main line to the Grand Canal Harbour. Most of the route of this line now runs along side the Red Luas Line. 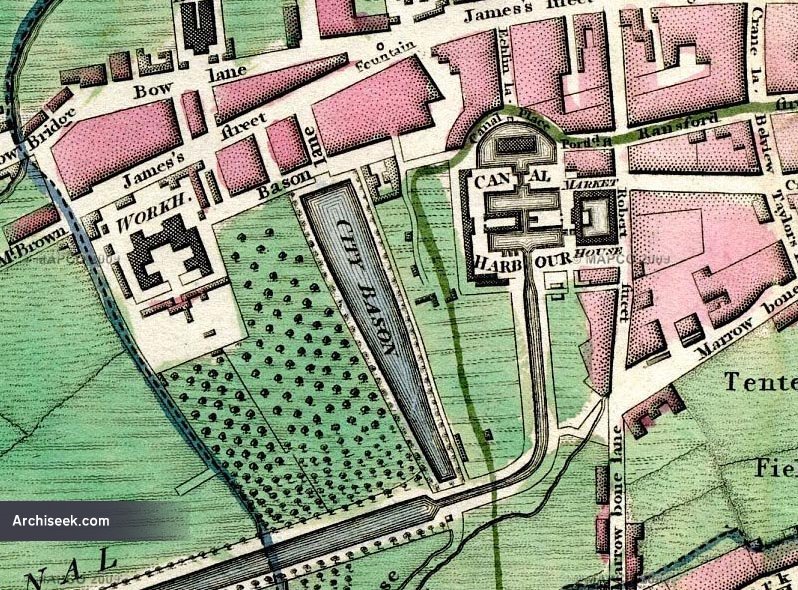 The former city basin, also in the illustration above, has also been filled in, with little or no trace remaining, bar the streetnames around it. It was described in 1835 as “The City Bason is the pleasantest, most elegant and sequestered place of relaxation the citizens can boast of; the reservoir, which in part supplies the city with water, is mounded and terraced all round, and planted with quickset hedges, limes and elms, having beautiful green walks between, in a situation which commands a most satisfactory prospect of a vast extent of fine country to the south. The entrance is elegant, by a lofty iron gate, and the water that supplies it, is conveyed from the neighbouring mountains.”