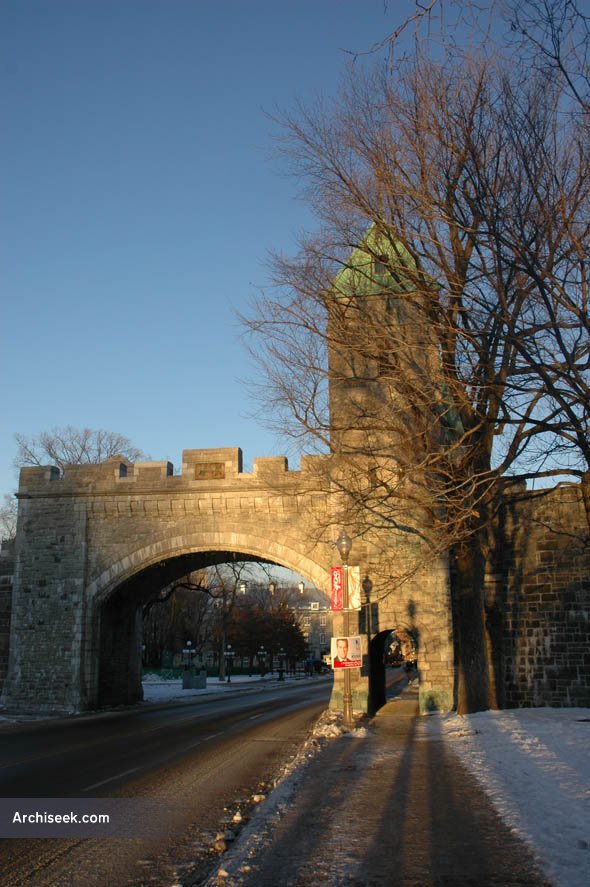 The Citadel and walls, built to protect the city, are the largest standing fortifications in North America, earning Quebec a place on UNESCO’s World Heritage List. There are also a product of the late 19th century mania for the picturesque having been largely rebuilt in a more romantic style. Porte St. Louis: dates back to at least 1694 was demolished in 1791 because of its poor condition and rebuilt. This gate lasted until 1823 when it was replaced. It was eventually removed altogether in 1871 before being replaced by the gate we see now by Irish architect W.H. Lynn. Lynn was brought over to Quebec in 1875 by the Governor General, Lord Dufferin, and he produced serveral designs for gates and towers including Porte St. Louis and Porte Kent. He also produced a design for a new chateau which was not constructed.