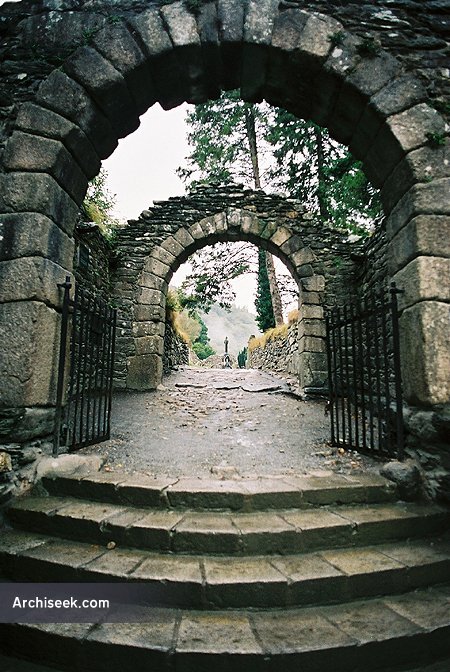 The Gateway, the only surviving example in Ireland, was the main entrance to the monastic enclosure. The steps up to it are modern for access. It consists of a square building with round arches in the north and south walls, and originally there was another storey above it. The building was originally two-storeyed, probably with a timber roof. A large cross is engraved on a large stone on the right, inside the second arch.