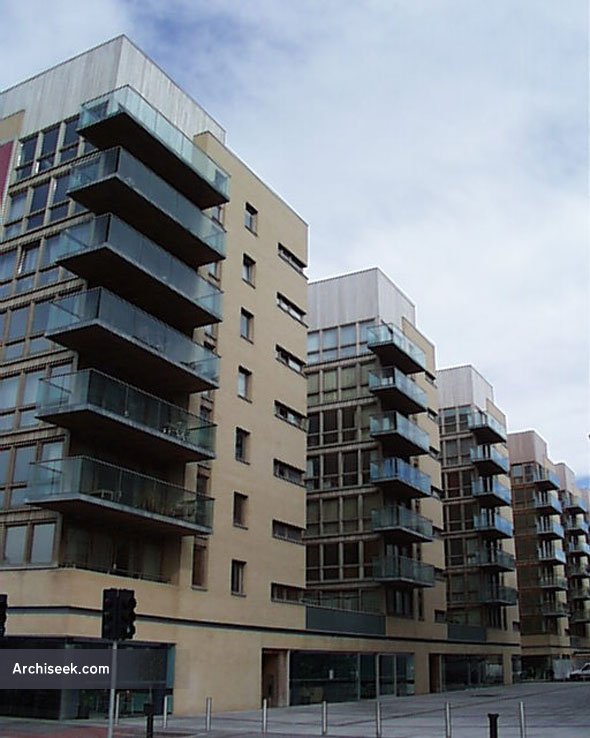 The Clarion Quay housing scheme at North Wall Quay, Dublin was awarded the Silver Medal for Housing by the Royal Institute of the Architects of Ireland. It consists of an urban space that links the River Liffey to a new square on Mayor Street. The development involves a series of private landscape gardens and a well serviced neighbourhood with retail, crèche, medical centre, bars and hotels, in addition to 360 apartments. There are a wide variety of apartment types including duplex apartments and a number of penthouses.

Urban Projects was an association of the architectural practices of Gerry Cahill Architects, McGarry Ni Eanaigh and Derek Tynan Architects (now DTA Architects). The scheme was one of the first mixed tenure schemes, with 37 of the 190 apartments being managed as affordable rental housing by the Cluid housing association, demonstrating the potential for integrated, well managed, mixed tenure housing.