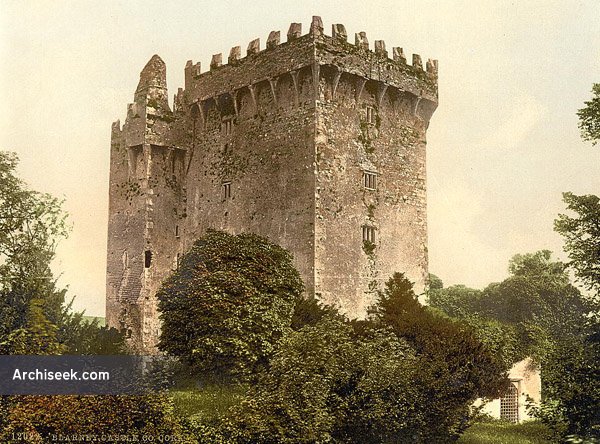 The third castle built on this site, with a original wooden structure believed to have existed, although no evidence remains of this. Around 1210 this was replaced by a stone fortification, which was destroyed in 1446, but subsequently rebuilt by Cormac Laidir MacCarthy, Lord of Muscry. The castle was sold and changed hands a number of times before being purchased in the early 1700s by Sir James St. John Jefferyes, then Governor of Cork City. Members of the Jefferyes family would later build a mansion near the keep. This house was destroyed by fire however, and in 1874 a replacement baronial mansion, by Lanyon, Lynn & Lanyon, known as Blarney House—was built overlooking the nearby lake. 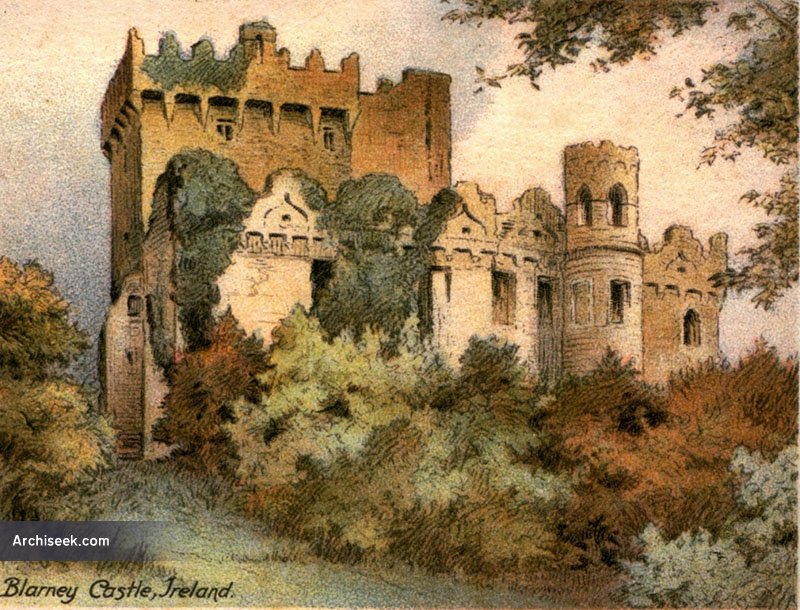 The castle is a partial ruin with some accessible rooms and battlements. At the top of the castle lies the Stone of Eloquence, better known as the Blarney Stone.