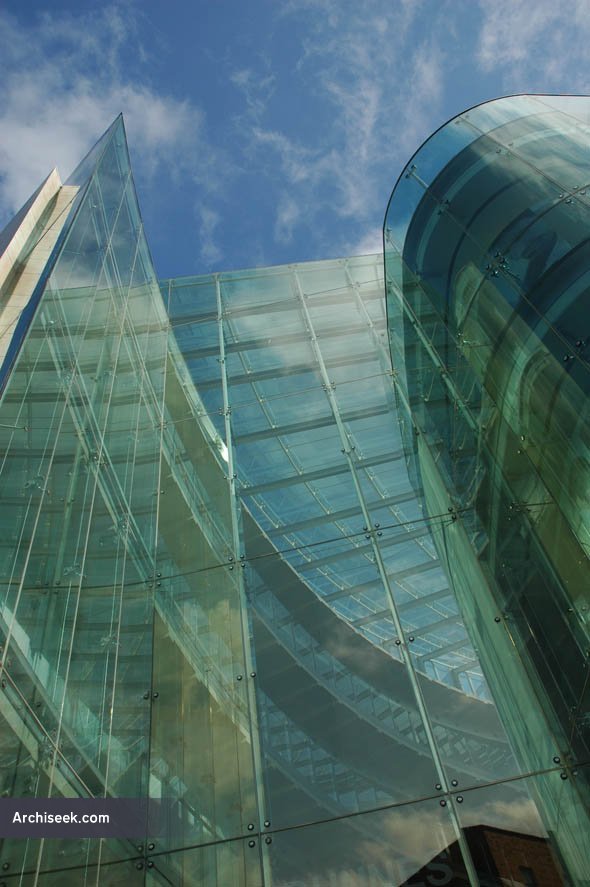 A large commercial development entailed the removal of a couple of buildings and facade retention of several others including the former Dunlop Factory on Stephen Street, and the Connolly Shoes building. The building has a dramatic corner atrium leading to an internal street through the development. The facade to George’s Street respects existing building heights.