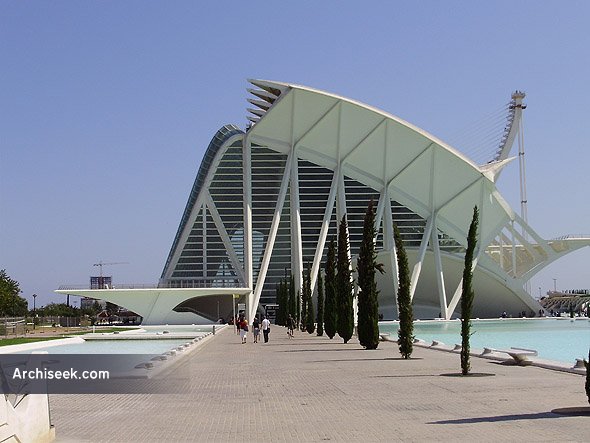 Set up by the Regional Government of Valencia, the City of Arts and Sciences has become an international landmark and the symbol of Valencia’s ambition to present an image to the world based on cultural tourism and dynamism. Over a 2 km axis along the former course of the River Turia, 5 main sections share their cultural purpose and give people the chance to participate in a futuristic and unique architectural complex, in large open spaces: L’Hemisfèric, the Príncipe Felipe Science Museum, L’Umbracle, L’Oceanogrà fic and the Palau de les Arts. This spectacular building covering over 40,000 m2 is an interactive museum of science, resembling the skeleton of a whale.