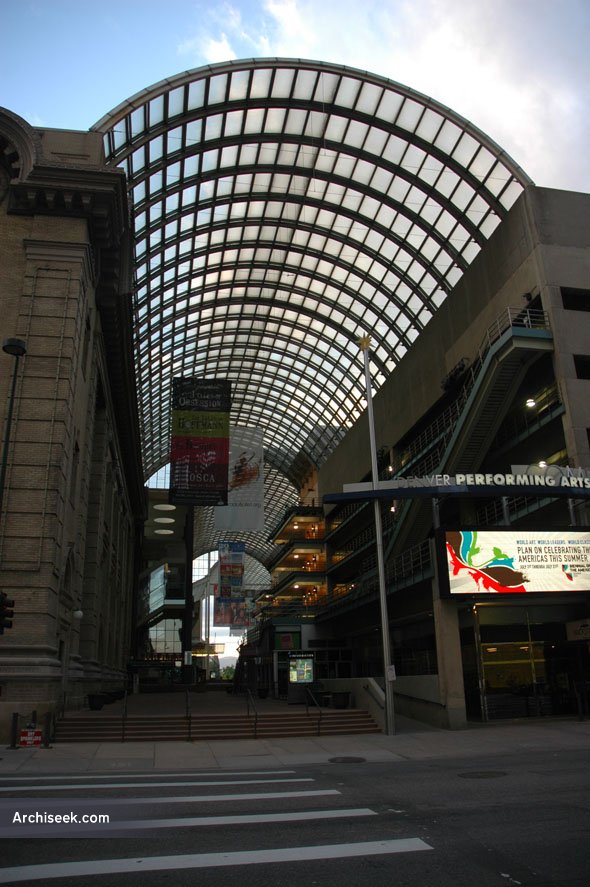 The Denver Performing Arts Complex is the largest performing arts complex under one roof, and the second-largest center of its kind in terms of number of venues and seating capacity. Connected by an 80-foot-tall glass roof, ithouses ten performance spaces on its four-block, 12-acre site, it was master-planned by Irish architect Kevin Roche.

In December 1974, construction began on a project: a four-square-block area in downtown Denver was transformed into a comprehensive performing arts complex. The centerpiece of that facility was the much-anticipated Boettcher Concert Hall, which opened to the public in March 1978. The building was customized for Colorado and modeled after the exceptional Berlin Philharmonie in Germany.

The complex also included the historic Auditorium Theatre (now the Quigg Newton Denver Municipal Auditorium/Ellie Caulkins Opera House), a multi-theatre building (now the Helen Bonfils Theatre Complex), and a new parking facility joined together by an elevated walkway underneath a glass arch called the Galleria. The facility continued to grow as the Temple Hoyne Buell Theatre opened its doors in 1991, followed by the addition of the Seawell Grand Ballroom. This multi-venue site is now known as the Denver Performing Arts Complex, and serves as Denver’s premier destination for performances ranging from symphonies to touring Broadway shows.