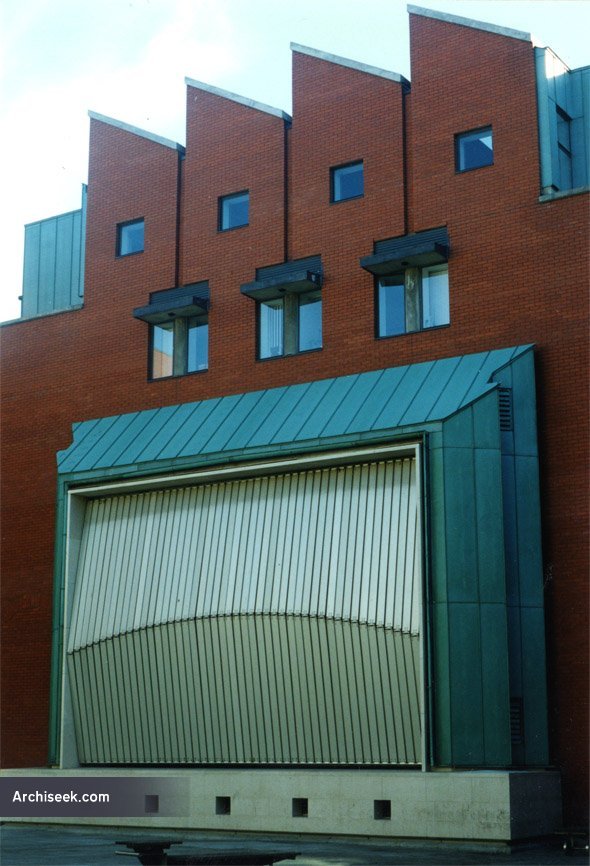 The Ark is Europe’s first cultural centre for children and contains a gallery, workshops and a 150 seater theatre. The main facade is the retention of the previous building on the site facade while the new face to Meetinghouse Square is shown here. This facade contains a giant theatre curtain (designed by Calatrava) which opens up to reveal a stage so as to use the square as an outdoor theatre. The interior plan is based on the original Presbyterian Meeting House which was on the site

The use of colour on this building is very striking with bright red brickwork and blue-green cladding around the stage opening and the upper storeys. The underside and mullions of the upper windows are clad with colourful mosaic tiles.