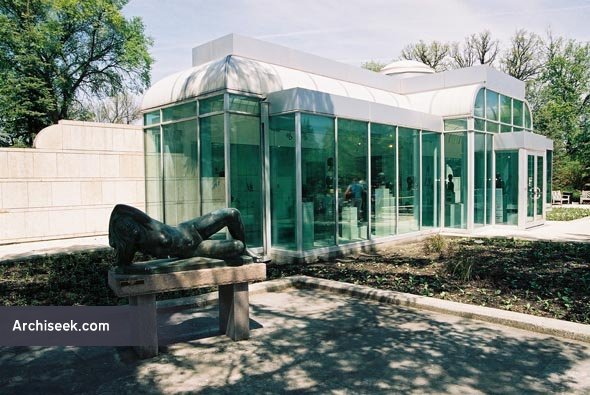 Leo Mol (born Leonid Molodoshanin) was born in Ukraine in 1915, studied at the Leningrad Academy of Arts, and later continuing his studies in Berlin and The Hague. In 1948 he and his wife came to Canada and made their home in Winnipeg. Mr. Mol is a sculptor of world renown and has carried out commissions of world figures such as Pope John Paul 11, Dwight D. Eisenhower and John Diefenbaker. He is a member of the Royal Canadian Academy and in 1989 was appointed an officer of the Order of Canada in recognition of his artistic contributions to his adopted country.

The gallery is a small glass pavilion set into formal garden in Assiniboine Park, which breaks from the normal tradition of galleries, by being entirely glazed with a green-tinted glass.