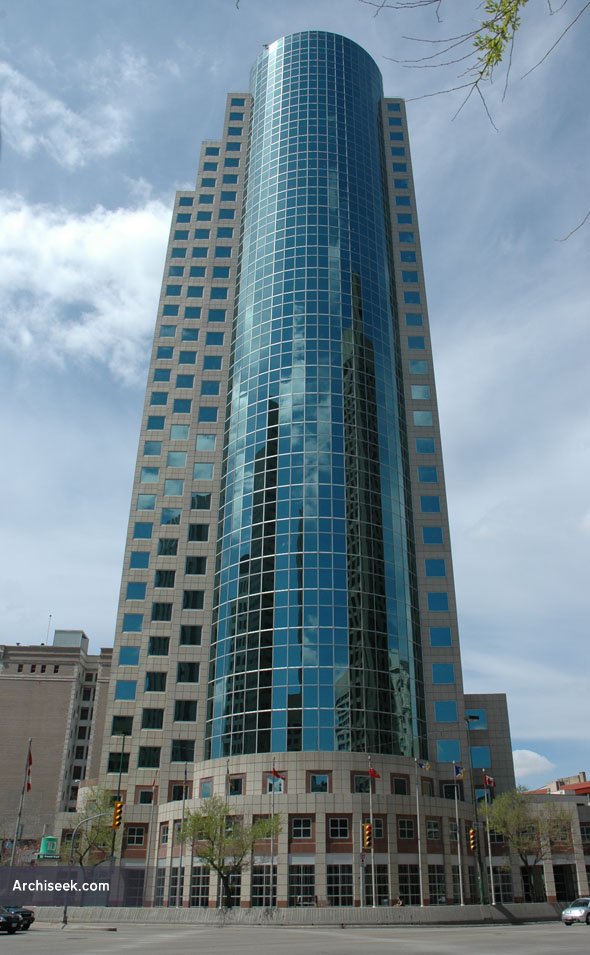 Large development on the corner of Portage and Main which attempts to address the city plan by facing down Main Street. At 32 stories, it is the largest in the city, and the tallest in Canada between Toronto and Calgary. In addition to its office use, the building includes an underground shopping mall. The skyscraper was built on top of an existing 40,000 square foot telecommunications center which was kept in operation during construction. Sadly construction of this meant the loss of some fine early to mid 20th century buildings.