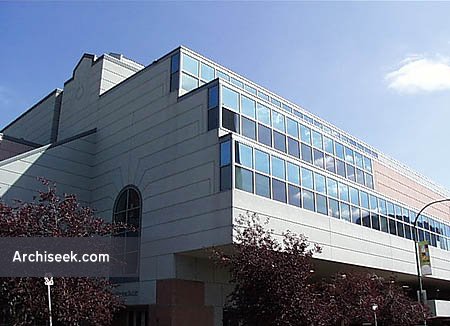 In 1986, the Royal Winnipeg Ballet began construction of a new Company home. This unique facility, which includes 10 dance studios (including a performance studio), physiotherapy room, administrative and production offices, box office, wardrobe department and the Royal Winnipeg Ballet School Professional and Recreational Divisions, was officially opened in January 1988. Unfortunately the building looks more like part of a suburban mall that part of a cultural organisation.