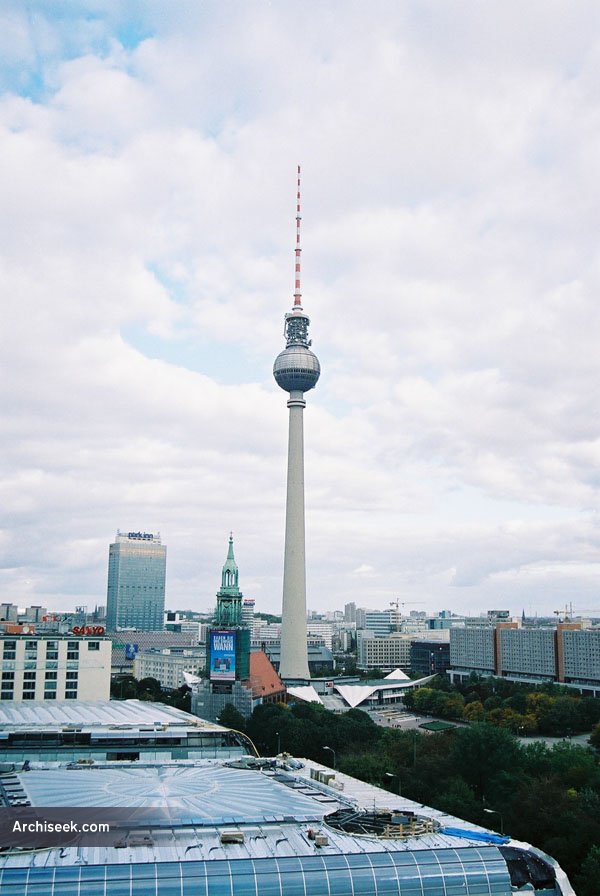 The tallest structure in Berlin, the Fernsehturm was constructed by the old East German regieme as a symbol of hope and prosperity. It was also, in no small part, designed to remind those in West Berlin that they were surrounded by the East German state – the tower can be seen from almost everywhere in the western city. The tower has an untreated concrete finish. The metal globe at 207 metres contains two viewing floors – one a restaurant which rotates once an hour.