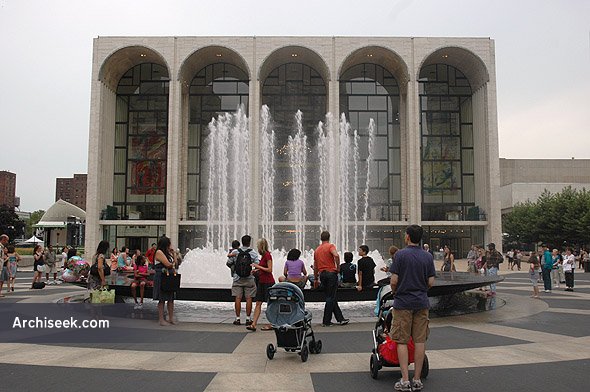 Part of the Lincoln Center for the Performing Arts, the theater opened in 1966, the Metropolitan Opera House contains approximately 3,800 seats and was designed by architect Wallace K. Harrison. The building is clad in white travertine and the east facade is graced with a distinctive series of five arches. On display in the lobby, and visible to the outside plaza, are two murals created for the space by Marc Chagall.