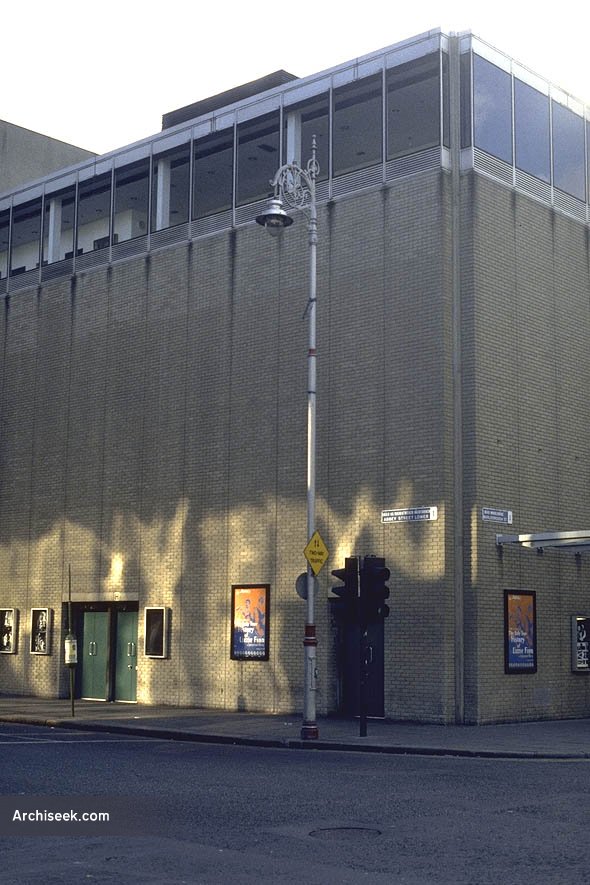 The Abbey Theatre was founded in 1904 as the Irish National Theatre Company. After purchasing the Mechanics Institute on Marlborough Street, they refitted it as the Abbey Theatre. On the night of the 17-18 July 1952, the Abbey was badly damaged by fire and a replacement building was designed by Michael Scott and Partners (Scott was himself a former Abbey actor) on a larger site on Abbey Street and which opened in 1966.

There are now suggestions to replace or substantially renovate this building. Architect Daithi Hanley salvaged the facade of the original building after demolition.