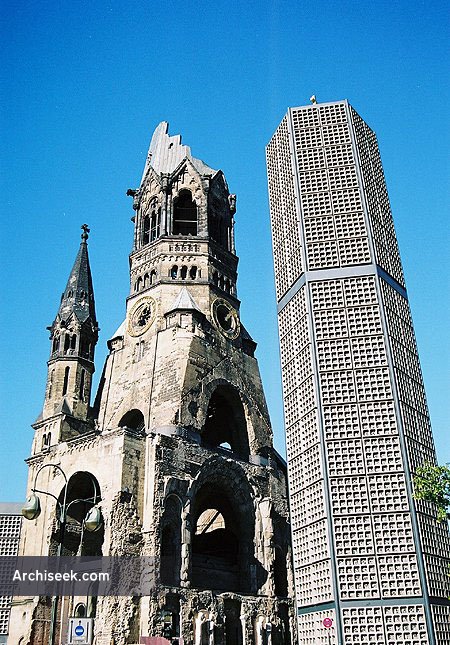 Destroyed in the Second World War, the Kaiser Wilhelm Memorial Church by Franz Schwechten was completed in 1895. It was a massive church with six towers and elaborate decoration (some of which remains).

After the war, a debate whether to demolish or restore the building led to part of the church being retained and new church built alongside. This new church by Egon Eiermann is a stark concrete panelled building with blue coloured glass panels. A tower in the same materials balances the “broken tooth” of the old church. Internally the church is calming, lit with a blue hue by the small glass panels.