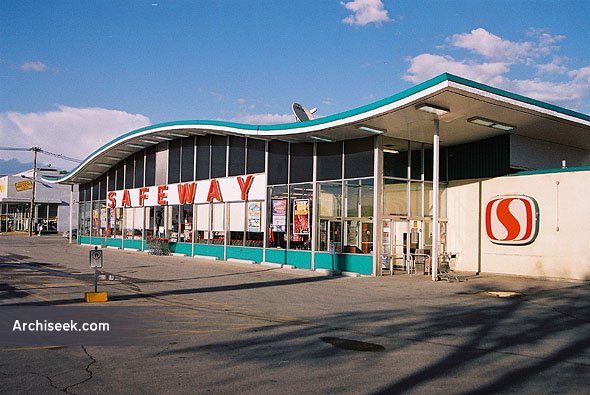 One of quite a few stores to a similar design still in use in Winnipeg, this Safeway store also has fine roadside signage from the same period. At many other locations in the city, either the store or the signage has been rebuilt, so this location is to be valued. This standard design had some variations, usually in materials on the flanking walls to the entrances at either side.

Known as the ‘Marina Style’, named for the prototype store on Marina Boulevard in San Francisco. The Marina Style was distinctive for it’s curved roofline, full glass frontage and stone, (or sometimes brick or mosaic tile), side wings.