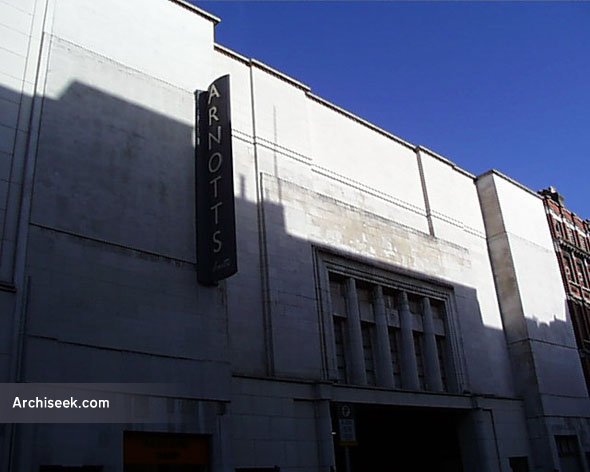 Open until the early 1990s, the Adelphi was demolished and part of its façade retained to provide car parking for the expanded Arnott’s Department Store. Not only was the fine entrances removed to provide a massive void for cars, but the façade was clumsily extended upwards to mask the taller building. Of course, this is obvious to all as the stonework has failed to weather to the same colour. 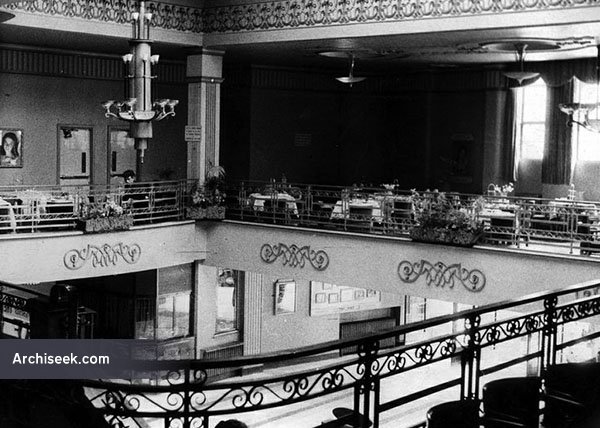 The building was designed by English cinema architect W.R. Glen, and the façade was symmetrical with Art Deco detailing. The tall windows once lit a fashionable balcony cafe. Originally a streamlined canopy underneath the window level covered the entrance with its six pairs of elegant doors.