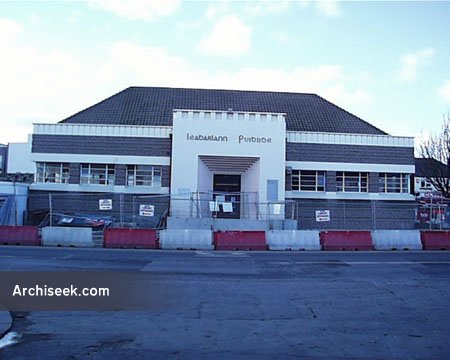 One of four public libraries built during the period 1937 by Dublin Corporation in the suburbs of Phibsborough, Ringsend, Drumcondra and Inchicore. These simple building have Art Deco styling around the doors and simple modern window treatments.

Robert S. Lawrie was Scottish architect in the department of the Dublin City Architect Horace O’Rourke, during the 1930s. He designed the Inchicore public library on Emmet Road in 1937. According to the street directories he was still living in Dublin in 1945 but had left by 1947. He returned to Scotland to take up the appointment of County Architect for Fife.