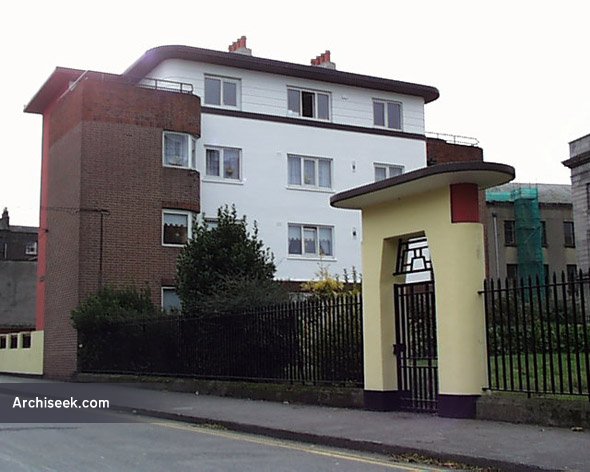 A small complex similar in quality to other City Council built housing from this period. Many large schemes were built throughout the city as well as smaller projects like here beside the Four Courts and in Henrietta Place. Heavily influenced by what was happening in Amsterdam at the time, many of the buildings have fine rounded corners and brick detail. These flats are unusual in that they have a mixture of rendered surfaces and brickwork. There is a small enclosed garden to the foreground for the residents.