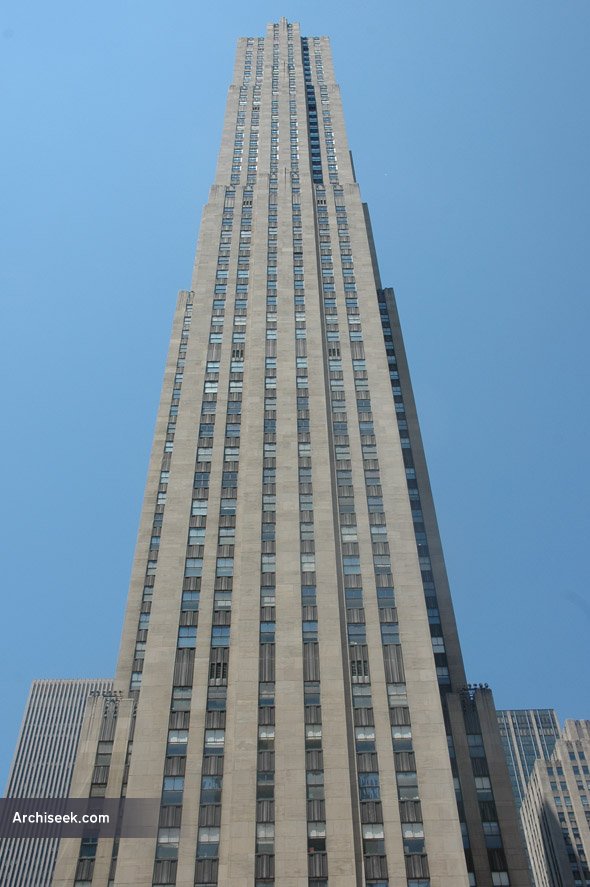 The GE Building is an Art Deco skyscraper that forms the centerpiece of Rockefeller Center in midtown Manhattan. Known as the RCA Building until 1988, it is most famous for housing the headquarters of the television network NBC. At 850 feet (259 m) tall, the 70-story building is the 9th tallest building in New York City and the 32nd tallest in the United States. Its address is 30 Rockefeller Plaza, creating its nickname 30 Rock.

It was the first building constructed with the elevators grouped in the central core. During construction, photographer Charles Clyde Ebbets took the famous photograph Lunchtime atop a Skyscraper.