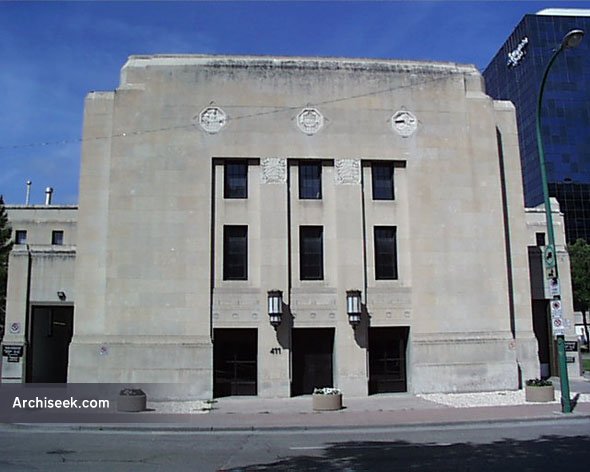 The Provincial Archives of Manitoba is located in the Manitoba Archives Building in downtown Winnipeg, Manitoba, Canada. The building is also home to the Hudson’s Bay Company Archives and the Legislative Library, was constructed in 1932 as the Winnipeg Auditorium by the local architectural firm of Northwood & Chivers. In 1974 the Provincial Archives was relocated here from its premises in the Legislative Building. The Auditorium was a multi-use community building and a Public Relief Works project during the Depression and was described as costing $1,000,000 in October 1932.

Founded in 1670, the Hudson’s Bay Company’s (HBC) chief interests for its first two centuries were the fur trade, exploration and settlement. After 1870, when its territory of Rupert’s Land was incorporated into the Dominion of Canada, its interests became more varied. Today, as Canada’s largest non-food retailer, it is best known for its national chain of department stores, the Bay and Zellers.