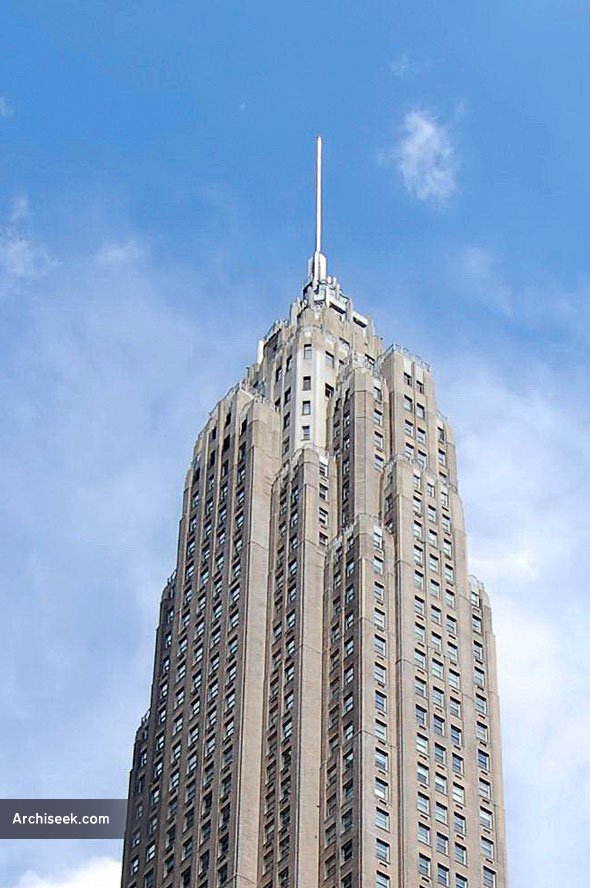 Completed in 1932 during the New York skyscraper race, which accounts for its gothic-like spire-topped appearance to gain height, a popular architectural device at that time. When completed it was the third tallest building in the world, after only the Empire State Building and the Chrysler Building at 952 feet tall. It is currently owned by AIG and used as their world headquarters. The building features an open air platform with an enclosed glass observatory above it on the 66th Floor, offering a view of downtown from any building. This observatory, which was once public, is now accessible only to executives and employees of AIG.