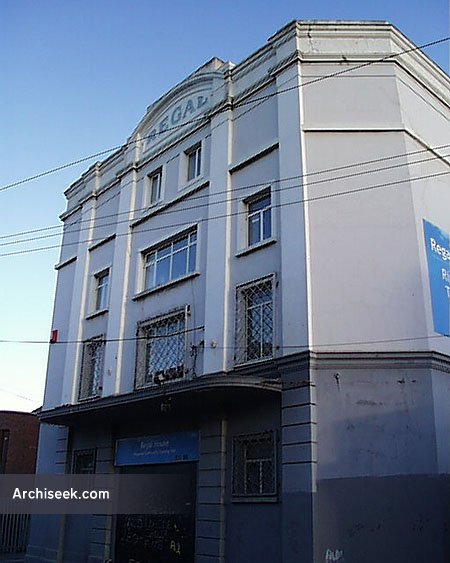 Like many Dublin suburbs, Ringsend had its own cinema. Unfortunately like many, it closed due to declining attendences. A relatively simple facade, the minimum of architectural detail is used to dress the front of the building. The interior had a balcony level and total seating for 900. Closed in 1965.