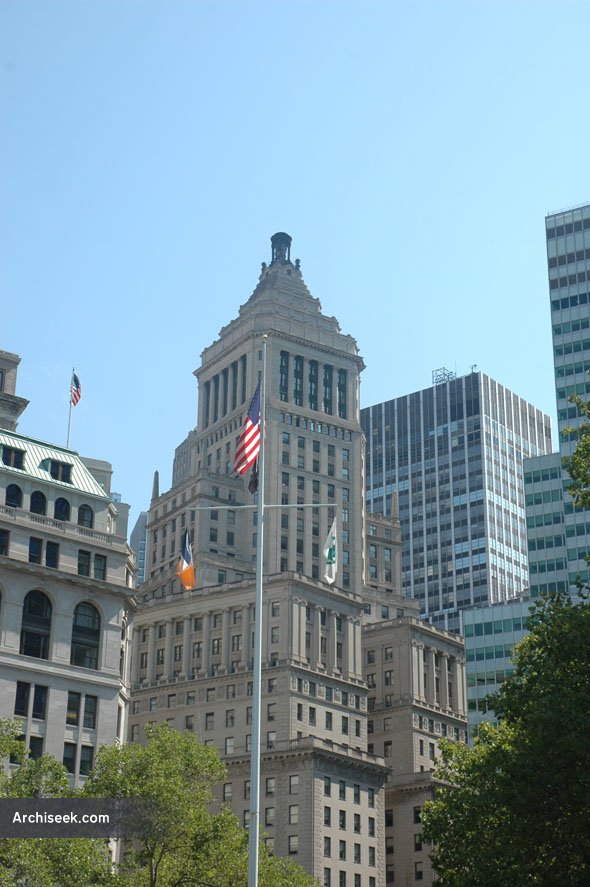 Built as the headquarters for John D. Rockefeller’s Standard Oil Company, Carrere & Hastings’ original nine-story base follows the curve of Broadway. The very dignified Renaissance style lobby bespeaks the company’s wealth and importance. Following the breakup of the company in 1911 due to anti-trust laws, Shreeve, Lamb & Blake added a massive tower squared to the grid of the uptown streets. At the time of construction the pyramid was the tallest tower at the tip of Manhattan and was illuminated as a beacon for ships entering the harbor. It is one of the first buildings in Manhattan to have setbacks and is topped by pyramid modeled on the Mausoleum of Maussollos. It was designated a New York City landmark in 1995.