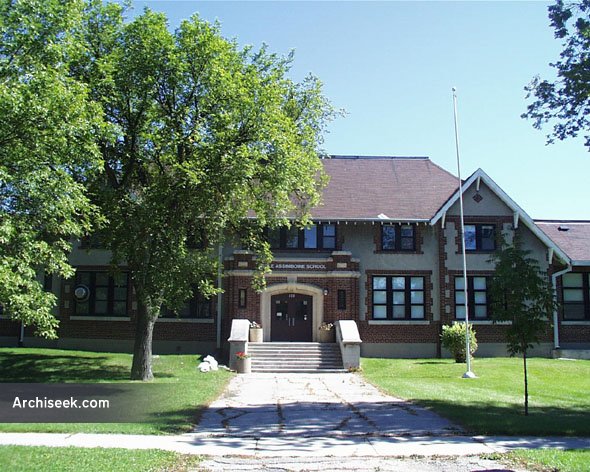 Built in 1922, Assiniboine School is an attractive low school building with a variety of rooflevels and materials. The entry hall features a large striking mural depicting an aboriginal campsite, one of two stylized murals installed in 1930. Both murals were painted in the 1920s by students from the School of Art at the University of Manitoba. One of the murals disappeared in the 1960s and its whereabouts remains a mystery.