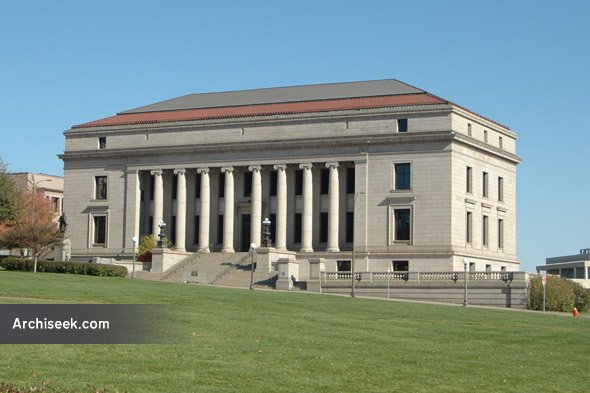 The neoclassical front of the building has eight two-story Ionic columns of granite. Above them are Roman numerals representing the establishment of the Minnesota Historical Society in 1849 and the year the building was completed, 1917. It was dedicated on May 11, 1918, the sixtieth anniversary of statehood.