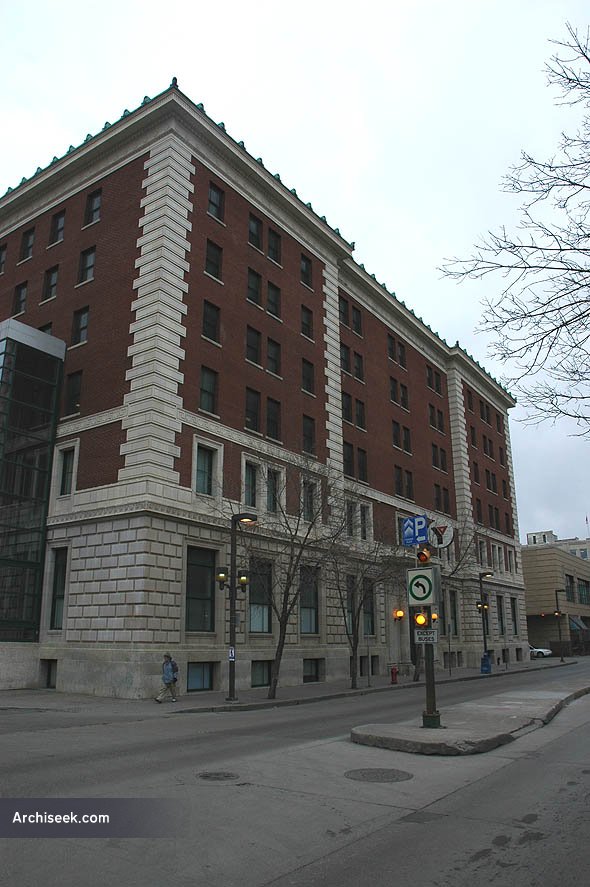 The central Winnipeg YMCA was designed by Jackson and Rosencrans of New York, assisted by architect J.H.G. Russell of Winnipeg. Both names appear on the plans, making it difficult to assess the impact of each on the process. The building is much adapted, only its facade remains as built. Quoins, window details, bands and the entablature are expressed in a creamy terra cotta that incorporates some classical Greek motifs.