1913 – Snippets from the construction of Manitoba Parliament, Winnipeg 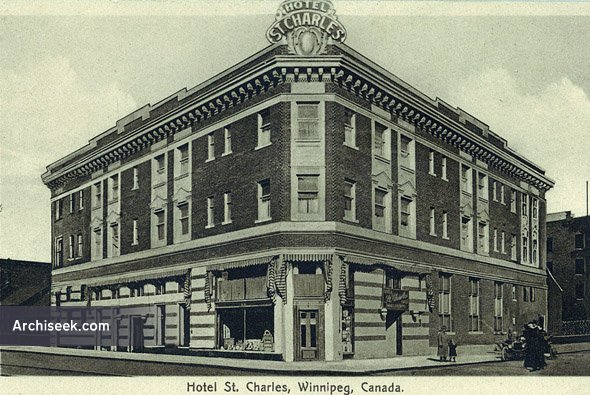 The St. Charles Hotel was designed and constructed by Winnipeg’s largest contractors, Carter, Halls and Aldinger. The firm included a large engineering department, which was capable of design work and was familiar with building specifications. Built at a cost of $122,000, the hotel went from a hole in the ground in early April to interim finishing work in June. Bands of stone and brick were alternated smartly along the ground floor, and broken systematically by the windows and doors to delineate the ground floor into sections according to use. The entrance to the hotel rotunda, for example, was set in the Notre
Dame side, the cigar stand in a separate shop at the corner, and the dining room entrance in a
third entrance along Albert Street. Now sadly derelict.