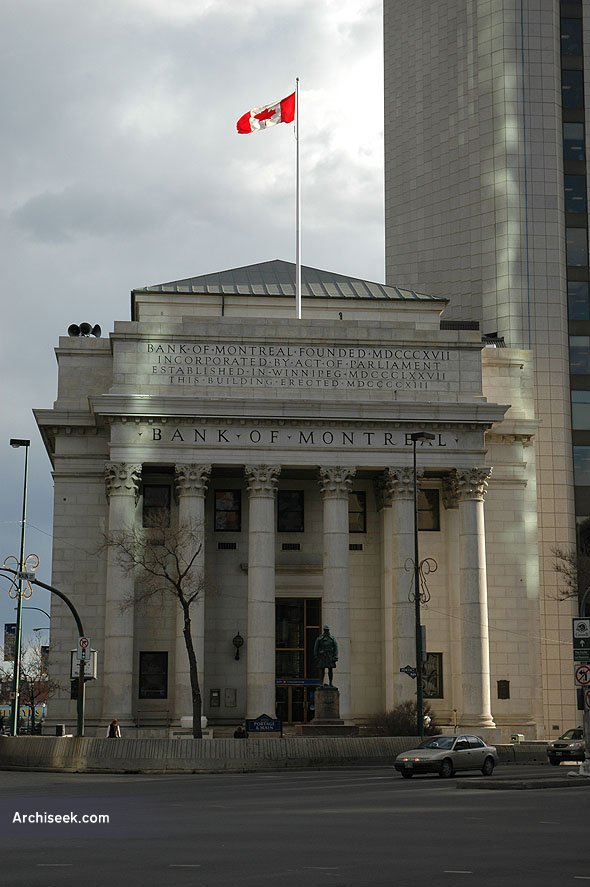 At the centre of Portage and Main, the Bank of Montreal branch was designed by McKim, Mead and White of New York, America’s leading exponents of Beaux-Arts Classicism. They had previously designed the Bank’s head office in Montreal. Surrounded on three sides by streets, the bank has an impressive columned front entrance which leads into a double height banking hall.

The banking hall is magnificent and vast. The double height hall is surrounded by Ionic columns in the local Tyndall stone. Many local buildings including the Legislature and Art Gallery are built with this unusual speckled stone – it has a distinctive pattern. These columns and the mezzanine level lead the eye upwards to the decorative and very opulent ceiling.

The ceiling is covered with gold leaf and in 1990 was valued at over 1 million Canadian Dollars (as a framed newspaper inside the bank boasts). The 50 tonne vault doors in the basement safe were described as “the thickest and heaviest in the world” at the time of their construction.&